The Art of Loving 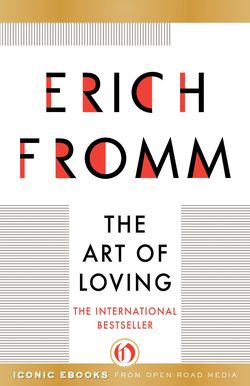 Many believe that love is a feeling, which comes and goes as a result of forces that are mostly outside our control. In The Art of Loving, philosopher and psychoanalyst Erich Fromm asserts that love is an art and just like any other art - music, painting, carpentry - requires knowledge and effort to be successful.

Fromm attributes our scepticism of the need to learn about love to three misconceptions.

First, that we are mostly concerned with how to be loved, how to be lovable. We focus on how to make other people like us and give little thought to what love requires of us.

Second, that we believe the difficulty of love lies primarily in finding the right object to love or be loved by. Our culture has conditioned us to think of ourselves as a commodity. We trade ourselves not only in the job market, but in the love market too. "Two persons thus fall in love when they feel they have found the best object available on the market, considering the limitations of their own exchange values," as Fromm puts it.

Third, we confuse the initial experience of falling in love with the state of being in love. We are misled into believing that love should be easy because of the ease with which we fall in love, that exhilarating but temporary time when the boundaries between ourselves and another are first falling away.

Once the initial euphoria has worn off, however, love isn't easy and it's not about making ourselves attractive to another. It's about knowing another person deeply enough that we can support them effectively (recognising what they really need), respect them (understanding who they really are), and care for them.

"I may know, for instance, that a person is angry, even if he does not show it overtly; but I may know him more deeply than that; then I know that he is anxious, and worried; that he feels lonely, that he feels guilty. Then I know that his anger is only the manifestation of something deeper, and I see him as anxious and embarrassed, that is, as the suffering person, rather than as the angry one."

This is the art of loving. It requires discipline, mindfulness and patience. It is primarily giving, not receiving.

"What does one person give to another? He gives of himself, of the most precious he has, he gives of his life. This does not necessarily mean that he sacrifices his life for the other— but that he gives him of that which is alive in him; he gives him of his joy, of his interest, of his understanding, of his knowledge, of his humor, of his sadness— of all expressions and manifestations of that which is alive in him."

"Giving" does not mean "giving up". Fromm argues that love does not necessarily require us to sacrifice or be deprived of something. The misconception that giving means impoverishment causes some not to give at all, some to only give in the expectation of getting something in return, and others to trumpet their willingness to sacrifice as a virtue. Fromm has little patience with the latter:

"They feel that just because it is painful to give, one should give; the virtue of giving to them lies in the very act of acceptance of the sacrifice. For them, the norm that it is better to give than to receive means that it is better to suffer deprivation than to experience joy."

Instead, Fromm argues that we should give because by offering our talents to another person we get to feel alive:

When we give we are able to think of ourselves as a person who has something valuable to offer. It provides us with a positive self-image:

"Whoever is capable of giving of himself is rich. He experiences himself as one who can confer of himself to others."

Nevertheless, the reason man loves at all is "to leave the prison of his aloneness". Thus, while giving offers its own benefits, it must stimulate love in return. Fromm quotes Marx:

"If you love without calling forth love, that is, if your love as such does not produce love, if by means of an expression of life as a loving person you do not make of yourself a loved person, then your love is impotent, a misfortune."

Perhaps, argues Fromm, this is our greatest fear about love:

"While one is consciously afraid of not being loved, the real, though usually unconscious fear is that of loving. To love means to commit oneself without guarantee, to give oneself completely in the hope that our love will produce love in the loved person."

And if we fail?