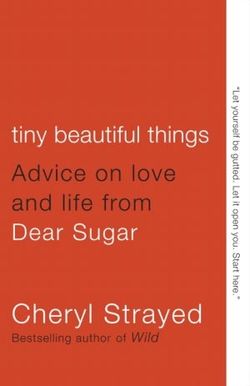 When my marriage broke up, I was fortunate to be able to lean on several people for support. Some were old friends, who I'd known since my school days. One was just an acquaintance, yet became - unexpectedly, humblingly - one of my greatest allies. But what shocked me was how many other supposed friends, and even family members, offered little or no support at all.

Some offered a few sympathetic words the first time they saw me, but then I never heard from them again. Some avoided me. Many pretended as if nothing had happened. A year later, while I was still struggling to deal with my pain, even some of the more supportive ones were suggesting it was time I moved on.

"Oh these little rejections, how they add up quickly," as Alanis Morissette once sang. I never understood the way these people behaved until I read some advice given by Cheryl Strayed to a woman who had miscarried eighteen months previously and was still struggling to deal with her grief. In Tiny Beautiful Things: Advice on Love and Life from Dear Sugar, Strayed writes:

"Don’t listen to those people who suggest you should be “over” your daughter’s death by now. The people who squawk the loudest about such things have almost never had to get over anything. Or at least not anything that was genuinely, mind-fuckingly, soul-crushingly life altering. Some of those people believe they’re being helpful by minimizing your pain. Others are scared of the intensity of your loss and so they use their words to push your grief away. Many of those people love you and are worthy of your love, but they are not the people who will be helpful to you when it comes to healing the pain of your daughter’s death.